Context: Horace Greeley published an angry open “letter” to President Lincoln in the pages of his newspaper, the New York Tribune, on August 20, 1862. Greeley was upset that Lincoln had not yet begun enforcing the “emancipating provisions” of the new Second Confiscation Act (July 17, 1862). Lincoln responded in the pages of a rival newspaper with his own “letter” to Greeley that sternly laid out the president’s policy regarding slavery. Lincoln claimed his “paramount object” in the war was to “save the Union” and not “freeing all the slaves.” Yet by that point, Lincoln had already decided (in secret) that the only way he could “save the Union” was to issue an emancipation proclamation following the next major battlefield victory. (By Matthew Pinsker) 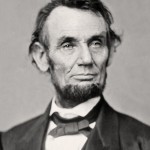 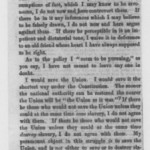 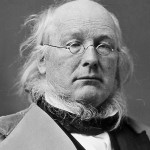 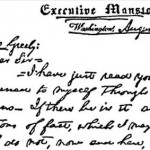 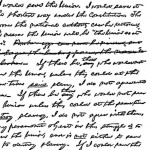 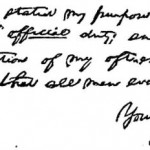 Daily National Intelligencer, “The President at the Bar,” August 22, 1862

“Written at a time when the draft of the Emancipation Proclamation had already been completed, Lincoln’s letter to Greeley later seemed puzzling, if not deceptive.  But the President did not intend it to be so.  He was giving assurance to the large majority of the Northern people who did not want to see the war transformed into a crusade for abolition—and at the same time he was alerting antislavery men that he was contemplating further moves against the peculiar institution.  In Lincoln’s mind there was no necessary disjunction between a war for the Union and a war to end slavery.  Like most Republicans, he had long held the belief that if slavery could be contained it would inevitably die; a war that kept the slave states within the Union would, therefore, bring about the ultimate extinction of slavery.  For this reason, saving the Union was his ‘paramount object.’  But readers aware that Lincoln always chose his words carefully should have recognized that ‘paramount’ meant ‘foremost’ or ‘principle’—not ‘sole.'”

I have just read yours of the 19th. addressed to myself through the New-York Tribune. If there be in it any statements, or assumptions of fact, which I may know to be erroneous, I do not, now and here, controvert them. If there be in it any inferences which I may believe to be falsely drawn, I do not now and here, argue against them. If there be perceptable in it an impatient and dictatorial tone, I waive it in deference to an old friend, whose heart I have always supposed to be right.

As to the policy I “seem to be pursuing” as you say, I have not meant to leave any one in doubt.

I have here stated my purpose according to my view of official duty; and I intend no modification of my oft-expressed personal wish that all men every where could be free. Yours,