Noted orator and former slave Frederick Douglass gave a speech in Carlisle, Pennsylvania on March 2, 1872 at Rheem’s Hall. At the time, Douglass was a Republican appointee serving on a commission examining whether the United States should annex the Caribbean island of Santo Domingo.  While in town, Douglass stayed at a  local hotel called the  Bentz House. Hotel owner George Z. Bentz was a prominent Republican leader, but he still refused to let Douglass eat in the dining room with white guests.  Local newspapers debated the controversy, illustrating the spread of segregation in both South and North after the Civil War. 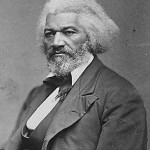 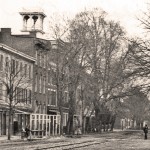 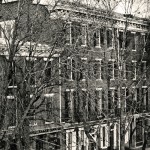 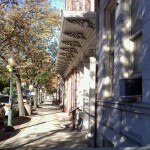