Before the Civil War, Dickinson College students were almost evenly divided by northern and southern origins.  They also had a special interest in the debates over slavery because two famous graduates were partly responsible for the escalating crisis –President James Buchanan (Class of 1809) and Chief Justice Roger B. Taney (Class of 1795). During that era, the school produced many leading national politicians and religious leaders.  Once war broke out in April 1861, the students quickly chose sides and soon parted ways, though sometimes with poignant remarks.  During the conflict, Dickinson graduates fought in almost all main theaters of the war and sometimes even against each other –most notably during the Confederate invasion of Pennsylvania in 1863.  And some Dickinson alums played pivotal roles either helping the Union prevail or vainly trying to save the Confederacy.  Thomas Nelson Conrad (Class of 1857) and Daniel Mountjoy Cloud (Class of 1858) were Confederate spies (and former East College roommates) who tried to kidnap Abraham Lincoln in 1864.  Union officer Charles Albright (Class of 1852) claimed he “whipped” fellow Dickinsonian George Baylor (Class of 1860) and his Confederate cavalry unit “like thunder” in 1865.  And  Baylor, who was a celebrated leader in the Army of Northern Virginia and later author of a notable wartime memoir, reported after the conflict that his life had once been saved by a Dickinson College badge that had deflected a bullet aimed for his chest. 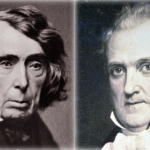 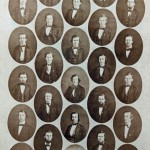 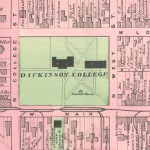 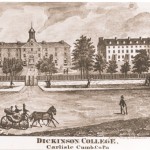 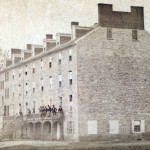 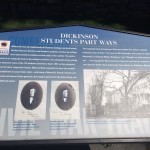