Around midnight on Sunday, October 22, 1854, a group of “fifteen or twenty” enslaved Missourians launched their bid for freedom. Having received permission from their slaveholders––four of St. Louis’ most prominent citizens and merchants––to attend church services, they seized the opportunity to escape. Yet this was no ordinary group of freedom seekers. The escapees included “a number of women and children,” as well as “some aged and crippled.” Given the group’s assortment of young and elderly members, it seemed “extremely probable,” in the view of one St. Louis newspaper, “that all, or a majority of them, will be retaken.” [1]

Scarcely a month later, around Sunday, November 26, another series of escapes once again sent shockwaves through St. Louis’ slaveholding class. Ten more freedom seekers set out from St. Louis, apparently coordinating their run for freedom with four enslaved people from nearby St. Charles, and three others from Ste. Genevieve, farther to the south. “No traces have as yet been discovered of the fugitives,” reported a baffled St. Louis editor, who could only conclude that the freedom seekers were “under the hands of the most skillful guides.” [2] The St. Louis “stampedes” for freedom both confounded and unsettled slaveholders, while also revealing the tenuous nature of slavery in the border South. Contemporary newspapers used the term “stampede” in describing both the October and November escapes. Most quoted initial reports from the St. Louis Democrat, which ran an article headlined “Stampede Among the Africans” in late October 1854, and a column entitled “Another Slave Stampede,” following the second group escape. The Democrat‘s reports––with “stampede” in the title––were reprinted by Northern serials such as the Akron, Ohio Summit County Beacon and the New York-based National Anti-Slavery Standard. [3] The names, ages and genders of the “fifteen or twenty” freedom seekers who departed St. Louis on October 22 are unknown. However, the escapees were claimed by a cadre of prominent St. Louis merchants and slaveholders, who offered “heavy rewards” for their return. Three were held by 65-year-old Pierre Chouteau, Jr., the wealthiest man in St. Louis and head of a prominent Francophone family. Chouteau was a fur trader and merchant, claiming a total of 15 enslaved people in 1850. Yet his extended family counted over 100 enslaved people among their holdings, along with a reputation for mercilessly pursuing runaway slaves. Chouteau was also the father-in-law of John Sanford, who later became known for contesting Dred Scott‘s freedom suit. Among the three escapees claimed by Chouteau was a “young woman, nearly white,” whom the Chicago Democrat later alleged was his “natural daughter.” According to the paper, she was “about to be sold for the purposes of prostitution to a southern man” which prompted her escape. [4]

Three of the freedom seekers were claimed by 63-year-old Emmanuel Block, a well-to-do Austrian emigrant and neighbor of Chouteau. Block held some 24 enslaved people in 1850, ranging in age from a 50 year-old man to a 4 month-old infant. Yet October 1854 was not the first time Block was forced to grapple with his slaves’ innate desire for freedom. Back in 1850, Block had informed census takers that two of his enslaved people were “fugitives from the state.” Extremely wealthy nonetheless, by the time of the 1860 Census, Block was worth $50,000 (still well shy of Chouteau, who was worth $400,000). [5] Six more escapees were claimed by Edward James Gay, a 38-year-old merchant and grocer, while another “three or four” were held by cabinetmaker William H. Merritt, part of the St. Louis furniture firm Wayne & Merritt. [6] 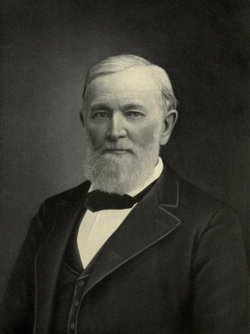 Setting out around midnight on Sunday, October 22, the freedom seekers crossed the Mississippi River and reached Illinoistown (modern day East St. Louis, IL). When Chouteau, Block and the other slaveholders learned of the escape, they quickly dispatched St. Louis officers to recapture the freedom seekers, offering sizable rewards for their return. Yet while the officers scoured the vicinity, reasonably confident that they could overtake a group partly comprised of women, young children and “aged and crippled,” the escapees had other plans in mind. [7]

Rather than travel by land, the large group clambered on board a boat at Illinoistown, reportedly concealing themselves in “boxes marked as goods.” Traveling north up the river to Keokuk, Iowa, the freedom seekers disembarked and “proceeded across the country to Wisconsin” and from there to Canada. When their apparent success was reported in the St. Louis Democrat a week after the escape, a Missouri editor noted that the well-devised plan must have been “under deliberation for a long time.” Yet unwilling to concede any agency to the enslaved––or grapple with their innate desire for freedom––the Democrat chose to assign blame to white abolitionists. “The negroes,” concluded the paper, were “acting by the advice and control of the numerous underground railroad agents that infest our city.” [8]

St. Louis slaveholders were still reeling from the October 22 escape when another “stampede” of “some seventeen slaves” occurred around Sunday, November 26. Coming as it did on the heels of the successful October stampede, the two large escape efforts may have been connected. Regardless, nervous St. Louis slaveholders viewed it as the continuation of what was in their eyes a disturbing trend of group escapes. [9]

The 17 freedom seekers who set out in late November included 10 enslaved people held in St. Louis, four from nearby St. Charles and three others from Ste. Genevieve. Five of the escapees from St. Louis were held by a 34-year-old farmer named Richard Berry. Originally from Virginia, in 1850 Berry had laid claim to three enslaved people––a 22-year-old black male, a 15-year-old mulatto female and a one-year-old male child. Later that year, in September 1850, he purchased two more enslaved people at his late father’s estate sale, paying $400 for 9-year-old Gilbert, and $420 for 7-year-old Jesse. Berry reportedly held a total of six enslaved people come November 1854. [10] Three other escapees were claimed by a “Mrs. Smith” of St. Louis, and two by Martin Wash, a 67-year-old farmer who, like Berry, was born in Virginia. Wash held 10 enslaved people in 1850, ranging in age from a 60-year-old black female to a two-year-old infant. [11]

The exact details of the November stampede do not survive. However, unlike the freedom seekers who had escaped in October, the group of 17 escapees opted to travel by land, heading towards Chicago. Over the following weeks, the editors at the St. Louis Democrat and slaveholder Richard Berry were busily scanning Chicago papers for any reference to the escapees––which they found in the December 5 edition of the Chicago Tribune. The paper announced that “seventeen passengers arrived in our city by the underground railroad” on the night of Monday, December 4. While declaring that the freedom seekers were “immediately forwarded to ‘the land of the free'” (a reference to Canada), Berry was not convinced. He set out for Chicago immediately. [12]

Berry and three other unidentified Missourians travelled north to Chicago, arriving on Friday, December 8. They headed straight for the office of U.S. Commissioner John A. Bross––a Federal official tasked with enforcing the Fugitive Slave Law of 1850––who issued warrants of arrest for the seventeen freedom seekers. U.S. District Attorney Thomas Hoyne dispatched his deputy marshal to aid Berry in recovering the escapees. Yet attempts to enforce the 1850 law in Chicago had a fraught history––the city’s African American community had routinely thwarted efforts to recapture escaped slaves since the law’s passage in September 1850.  The anti-slavery community relied on both a covert vigilance network and open legal pressure to deter slave catchers. [13]

Although the warrants had been made out, Berry soon discovered that recapturing freedom seekers in Chicago was no simple task. When Berry spotted one of the male freedom seekers at a hotel, and “pointed out” the escapee to the deputy marshal, the Federal officer refused to seize him, “fearful of his life if he attempted the task alone.” Instead, the deputy marshal attempted to invoke Section 5 of the 1850 law, by calling out a posse comitatus, gathering citizens to enforce the law. When that failed, he called upon three of the city’s militia companies––two of whom refused to respond. Yet with the aid of the lone militia company, the deputy marshal “succeeded in arresting some of the fugitives.” However, the excitement had risen to “an alarming pitch” and the Federal officers “became fearful for their own safety.” While several freedom seekers were brought before Commissioner Bross for a hearing, they were released “for want of sufficient evidence.” While some reports chalked up the release to insufficient evidence, the New York Herald offered another explanation: “Intimidated by the crowd of people, the Commissioner dismissed the proceedings.” [14]

Back in Missouri, the St. Louis Republican fumed over the proceedings which had unfolded in Chicago. The “total failure of a recent attempt to execute the Fugitive Slave Law in Chicago,” was unacceptable in the eyes of the Missouri serial. “In Chicago the law is powerless,” the paper seethed, “and a Southern man, who goes there in pursuit of his property, does so at the peril of his life.” The “nullification” of the law had helped “seventeen slaves, belonging to citizens of this county” escape the clutches of their slaveholders. Moreover, slave stampedes were becoming uncomfortably common in the St. Louis area. “Not a week passes, without ten, fifteen or twenty slaves being run off by the Abolitionists,” the paper declared. Unwilling to acknowledge that enslaved people could harbor their own aspirations for freedom and plot their own escapes, the paper maintained that “these negroes have not left good homes without the aid and persuasion of white men” and “free negroes.” In order to curb these influences, the Republican demanded “a better police force,” which could be put to work expelling from St. Louis “every free negro who cannot establish his right to be here.” [15]

While Missourians denounced Chicago’s open defiance of the law, the 17 freedom seekers moved on to safer territory. Less than a week later, one paper reported that “the slaves had all reached Canada safely.” Moreover, the Chicago Democrat claimed that one of the escapees, the alleged daughter of Pierre Chouteau, was married to a white St. Louis man by a Catholic priest in Chicago. [16] In total, the October and November 1854 stampedes had resulted in the freedom of over 30 enslaved Missourians.

The stampedes had a clear and noticeable effect on the St. Louis slaveholders impacted by them. By 1860, Pierre Chouteau’s slaveholdings had dwindled down to just five people (from 15 a decade earlier). Yet Chouteau only conceded to census takers that one of his slaves was a “fugitive from the state.” [17] Likewise, his neighbor Emanuel Block held three enslaved people as of 1860, considerably less than the 24 he had claimed in 1850. [18] Richard Berry, who had “lost five out of six” slaves in the November 1854 stampede, held two in 1860, while Martin Wash, the owner of 10 slaves in 1850, held just one enslaved man in 1860. [19]

The initial reports on the stampedes were published in the St. Louis Globe-Democrat (Newspapers.com) on October 24, November 1 and November 30, 1854. Later, the St. Louis Republican (State Historical Society of Missouri) printed a detailed editorial column on December 10, 1854 denouncing the failure to capture the 17 freedom seekers in Chicago.

The October and November 1854 stampedes from St. Louis have received little attention in scholarship, until Richard Blackett’s The Captive’s Quest for Freedom (2018). In his chapter on Missouri and Illinois, Blackett mentions both escapes in the context of an “upsurge of stampedes” from St. Louis, which “troubled” slaveholders and exposed the precariousness of slavery in a border state. [20]