Thomas Almond Ashby describes his experience at the moment of slave emancipation in his memoir, The Valley Campaigns.  While living on his family’s plantation in Front Royal, Virginia, at age seventeen, Ashby witnessed his father release his slaves from bondage. It was in April 1865, just days after General Robert E. Lee‘s surrender at Appomattox Court House. Ashby describes the incidence: “A few days after the surrender, when we were assured that the war was over, my father called all of the servants together under a large tree in the yard and explained to them that under the order of the President of the United States the negroes had been liberated and were now free to do as they pleased” (Ashby, Valley Campaigns, 311). The Union had defeated the Confederacy and destroyed the institution of slavery.

Ashby’s home in Front Royal in relation to Appomattox Court House in Virginia.

In addition to his illustration of the very moment of emancipation, Ashby recorded his father’s reasoning for black liberation. He recalls his father’s explanation to his former slaves:

“He told them that he had no further control over them, that in future he would pay them for services such wages as would be established in the community, and that if they wished to remain in his employ they could do so as long as they desired; but that if any of them wished to find new homes, they were at liberty to make a change. He assured them of his friendly interest in them and of his desire to see them do well and be happy. He told them of the altered conditions that would surround them under freedom and urged them to cultivate habits of thrift and industry, which would make them useful citizens and self-respecting men and women” (Ashby, Valley Campaigns, 311).

Though he did not provide detail of what the “altered conditions” would be for emancipated slaves, Ashby exulted in his father’s paternal guidance. Ashby’s father seemingly described the limits of freedom for blacks, as he advised them to continue to work for sustenance and economic stability, as well as to realize the civic duties of American citizens.

“Richmond, Virginia. Group of Negroes (“Freedmen”) by Canal,” April 1865. Photo from the Library of Congress.

Ashby also described the slaves’ immediate reaction to their new liberation. He recalls the response of an older slave:

“Uncle Lewis stood up and tried to be the spokesman for his race. In his illiterate way, but with strong sense, he said he did not wish to be free, that all his life he had been a slave in my father’s family, that he had always been treated with the greatest kindness by my grandfather and after his death by my father and that in his old age he did not want to be thrown on the world to make his own living and to be neglected by strangers. He then broke down in tears and wept copiously” (Ashby, Valley Campaigns, 311-312).

Ashby’s recollection illustrates how white southerners, especially after the war, extolled what they considered to have been the close ties slaves had with their masters’ families. However, the younger slaves previously owned by Ashby’s father may not have shared the same sentiments as Uncle Lewis. While Uncle Lewis died a few years after emancipation, living his final years by working for the Ashby family, the young former slaves pursued new, independent lives. According to historians Eric Foner and Olivia Mahoney, “The desire for autonomy […] shaped African-Americans’ economic definition of freedom. Blacks wished to take control of the conditions under which they labored, and carve out the the greatest degree of economic independence…Economic freedom meant owning land of their own” (Foner, 48). While some newly emancipated slaves surely feared separation from their former slaveowning families, most acted in ways that clearly asserted their autonomy.

Thomas Almond Ashby wrote four books in his lifetime, including a biography of his relative Turner Ashby, who was chief of the cavalry under General Stonewall Jackson. In The Valley Campaigns Ashby shares his reminiscences of the effects of the Civil War in the Shenandoah Valley in Virginia. As a young non-combatant, Ashby observed and described the war’s destruction in region, including more general pieces regarding slavery and the role of women in southern society. 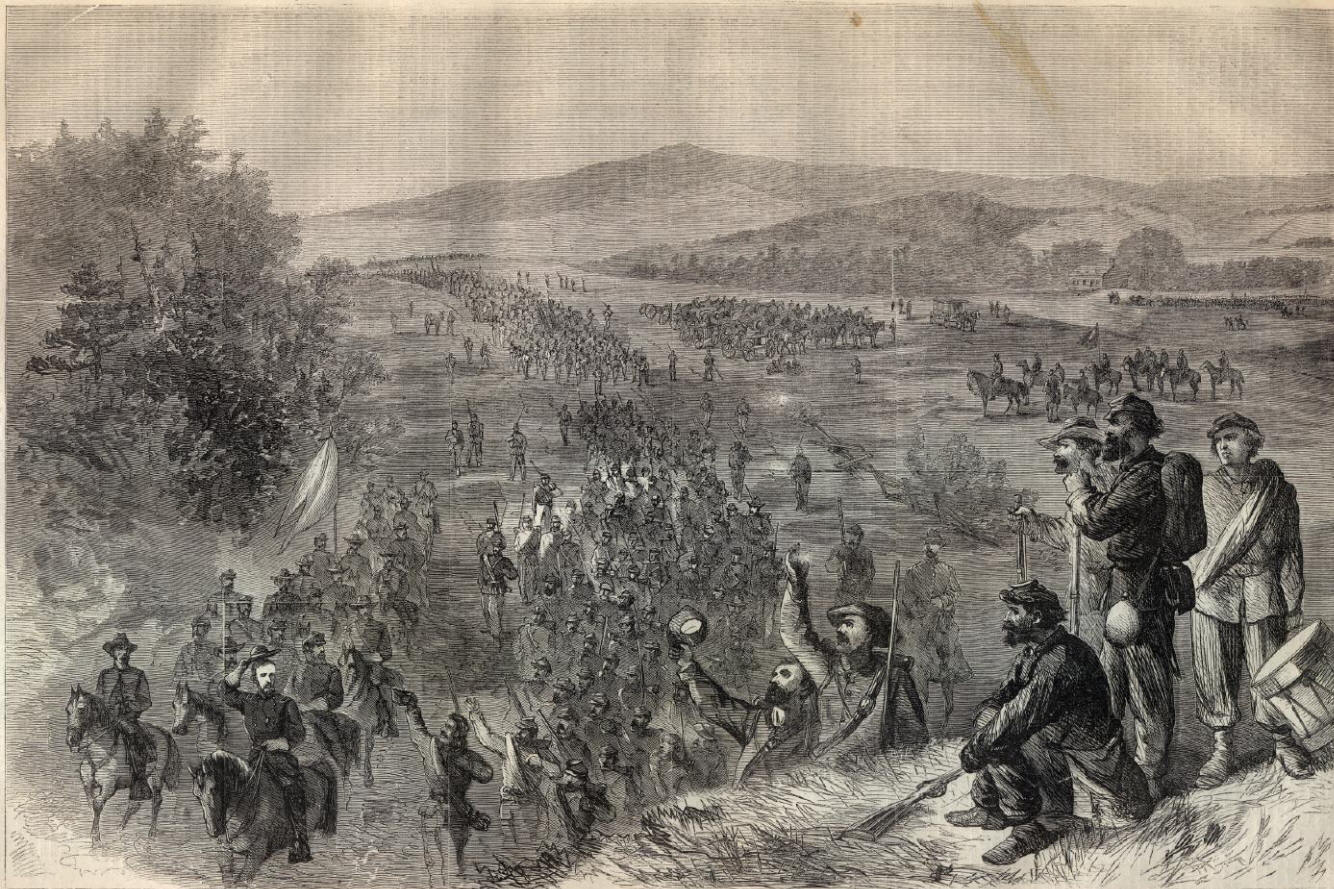 “Sheridan’s Army on the March up the Shenandoah Valley.” Sketch by A.R. Waud. Published in Harper’s Weekly, October 1864.